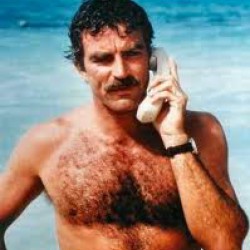 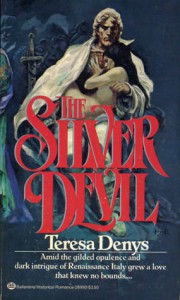 Some Spoilerish Stuff about Content If You Haven't Read This Yet

1978. What inappropriate books was I reading the year I was eleven? Let's see: Scruples, Punish the Sinners (ugh, gave me nightmares), The Other Side of Midnight,Valerie Sherwood and old Harlequin Romances. Throw in the odd Nancy Drew and Judy Blume book (including a smuggled copy of Forever) and you can see how I ended up as such a twisted adult.

Anyhow, I gotta say I never saw this book lying around anywhere back then. I did read Shanna that summer, which probably gave rise to all the other inappropriate reading I did. My mom bought me The Flame and the Flower and The Wolf and the Dove (mostly to shut me up after I read Shanna), but I'm sure she would have put an immediate kibosh on a cover that looked like this one. Yowza!

So anyway, here I am, 33 years later and finally getting a chance to read it.

I'm glad I didn't read this as an 11 or 12 year old -- frankly, it would have bored the shit out of me back then. It's in the first person and there's barely any sex in it! At least, sex that is described, and that's what titillated little me was looking for back then.

Read this as an adult, however, and it takes on an entirely new dimension. This is quite a story. I'm not going to describe it here; this review is mostly my thoughts on having read it.

I normally don't care for first person POV, mostly because of the obvious limitations on the story-telling . When first person is done badly, it stinks to high heaven. That's not the case with this book at all. The narration was beautifully done. You're right there with Felicia, without feeling like she is specifically describing things to you. Teresa Denys was very talented.

When I started reading the book, and got to the first "love scene" (oh, who am I kidding, he capital R -raped her) I thought I was going to be in trouble.

"I do not know how long it was before I realized he had left me. A white hand touched my cheek, and I opened my eyes and saw the blood thick under this fingernails."

Holy crap! I thought. What did he DO to her that there is that much blood? Then a few paragraphs later:

"My answer was smothered against his mouth. Every movement was pain, pain that he had inflicted; the coverlet underneath me was slimy with blood, and between my thighs was burning agony."

But, before long there was no more mention of cuts and bruises from her evenings with Domenico and I breathed a little easier. Or maybe there were and I just ignored them. :)

As a matter of fact, once that chapter was done the book settled down into a very entertaining read. I know it was marketed as a romance ("amid the gilded opulence and dark intrigue of Renaissance Italy grew a love that knew no bounds...") but I thought it ran closer to straight historical fiction. Scratch that. This is the way historical romances used to be written. In 1978 this WAS a historical romance.

Anyhow, it was a pretty compelling story once I got into it, full of intrigue and betrayal, love and stunning cruelty, jealousy and revenge, (Karla, no wonder you LOVED this one!) and by the end there was even a grovelling Hero and a pretty standard HEA.

I thought that Felicia was a bit dim from time to time and did a couple of really stupid things, but hey. She hasn't had the benefit of reading a couple of hundred historical romances like I have, so how would she know that everything he did was because he actually loved her?

And Domenico -- oh, what a bastard. The first Hero I've ever read about who goes into throes of anger so great he practically passes out. He's absolutely ruthless, domineering, spoiled and cruel. Stunning in his physical beauty, he takes his pleasure where he sees it - be it with men, soldiers or women. On the other hand, he has nightmares (DUH!) and is tormented by his role in the death of his stepmother. Just the kind of guy who, as Dr. Phil says, needs a soft place to fall. All kidding aside though, he didn't seem unrealistic for his time to me. Those Italians were a pretty mean bunch.

So here 's the bottom line:

Am I glad I read it? Yup

Would I recommend it? Only to people whose tastes I'm familiar with.

Did I like it? As a dark, Renaissance gothicky-type story, yes. As a romance, I'm not sure. If this was 1978, you bet - they were all like that then. Nowadays I like a little more navel-gazing in my romances.

Would I read Denys' other book? In a second. She sure can tell a story.

And thanks to my friend Karla (Mossy Love Grotto), without whom I would never have picked this up.